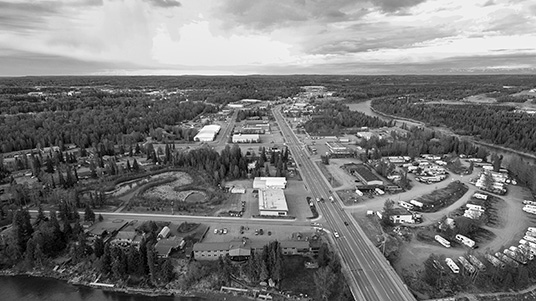 At Dolifka & Associates, we work hard to build relationships with our clients to give them the confidence that they can come to us for legal guidance and representation for any matter that they or their family may encounter.

Serving the Peninsula since

Local legal expertise in your corner

Dale Dolifka has been practicing law in the State of Alaska since 1976. He moved to the Kenai Peninsula in1975. A 1974 graduate of Baylor Law School, Dale was admitted to the Texas Bar Association in 1975 and the Alaska Bar Association in 1976. Until 1980, he was a member of the law firm of Johnson, Christianson, and Glass. He started a sole practice in Kenai in 1980. In 1990, he moved his practice to Soldotna. In 2016, Dale’s son, Jeffrey, joined the law practice in Soldotna.

Dale’s hobby is farming (haying and raising black angus cattle). He is an avid “farm toy” collector. He is a devoted fan of SEC football and enjoys excursions to the famed SEC football stadiums. Dale is a passionate Auburn Tiger fan (War Eagle!) and is intrigued each year by the “Iron Bowl”. Dale and his wife, Rhoda, have spent many years serving on the booster clubs of Soldotna and Skyview sports teams. Dale has also served in an advisory capacity to many local clubs, extra-curricular groups, and charities.

A graduate of Skyview High School (Soldotna, Alaska), Jeffrey Dolifka received his B.A. from Boise State University and graduated from the University of Colorado Law School in 2013. Jeffrey was admitted to the Alaska Bar in 2013 and has been practicing at the family law firm in Soldotna ever since.

Jeffrey is proud to be practicing law in the community where he grew up and serves on the board of the Kenai Peninsula Boys and Girls Club and Mae Ciechanski Scholarship Fund. He is an avid outdoorsman and enjoys fishing, traveling, kayaking, and spending time with family.

Noah was born and raised in Fairbanks. After graduating from West Valley High School, Noah attended the University of Washington to earn a B.A. in economics while returning to Alaska each summer to work for local businesses.

After receiving his college degree, Noah worked on complex large business and international taxation issues for the Internal Revenue Service’s Office of Chief Counsel in Seattle before enrolling at the University of Alabama School of Law, where he graduated with honors.

Noah returned to Alaska in 2014 to clerk for the Kenai Superior Court. He and his wife Kristen were instantly enamored with “Alaska’s Playground” and its communities, and have happily resided in the Soldotna area since. Before joining Dolifka & Associates, Noah worked as an associate attorney for Gilman & Pevehouse in Kenai. In his free time, Noah enjoys being outdoors with his family and friends. Like Dale, he is also an avid college football fan.

Leah Shockley is a life-long Alaskan and has had the privilege to call several Alaskan towns home. She was born and spent her early years in North Pole before attending high school in Skagway and then Valdez where she graduated in 2004. Leah’s passion for helping people led her to attended Northern Arizona University in Flagstaff where she studied nursing and physical therapy. Upon returning to Alaska in 2011, Leah went to work for the State of Alaska Court System in Kotzebue. Leah dedicated ten years of service to the Alaska Court System working in the communities of Kotzebue, Homer, and Kenai before transferring to her current position with Dolifka & Associates.

Leah currently lives in Kenai with her husband, two children and Alaskan Husky, Dexter. Leah takes advantage of all Alaska has to offer and spends her free time hiking, camping, cross-country skiing and gardening. Leah also believes strongly in community service and has taken advantage of volunteer opportunities with several local non-profits over the years, including Junior Achievement, Ducks Unlimited and the Food Bank.

Erin Davenport was born and raised in Wasilla, Alaska. She grew up with a love of the outdoors; skiing, snowboarding, hiking, and snowmachining in our wonderful state. She graduated from Colony High in 2003, and from University of Anchorage Alaska in 2007.

Erin has lived in many communities in Alaska including Wasilla, Dillingham, and Bethel, with her family. She is married and has four children. Her hobbies include quilting, crocheting, hiking, cross country skiing, and spending time leading youth activities at her local church.